How to spell Yiddish names 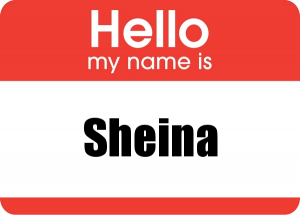 I was recently contacted asking for help with the spelling of a name for the purposes of a headstone in Hebrew letters. The name was Necha. Here was my response:

You can see proof of this on the following two headstones:

This is the situation where you might want to ask a Rabbi. Essentially, it would be written the first way in almost all cases, in everyday living, signatures, etc. However, before Yiddish was standardized as a literary language and taught in schools, there was a Halachic codification of how to spell Yiddish names dating from the 1800s and earlier (in the text Aruch Hashulchan, et al.) that stipulated Yiddish names ending in the “a”/”short e” sound should follow the practice of distinguishing non-biblically based Jewish names in Aramaic that would otherwise end in the Hebrew letter “hay” (like Sarah), and instead choose the aleph. For example the name Beila, though commonly thought of as a Yiddish name, is actually a much older Aramaic name and is spelled with an aleph at the end (בילא). So one commonly sees this practice of the aleph-ending (the second choice above) followed on headstones, marriage documents, and divorce documents. HOWEVER, it is almost equally spelled choosing the ayin-ending (first choice above) by those who essentially say, ‘Go with the common practice of how to spell Yiddish today.'”

Jewish Genealogy
Not in the dictionary: Yiddish words and abbreviations
Letters from the Old Country: Concentration Camp 1942